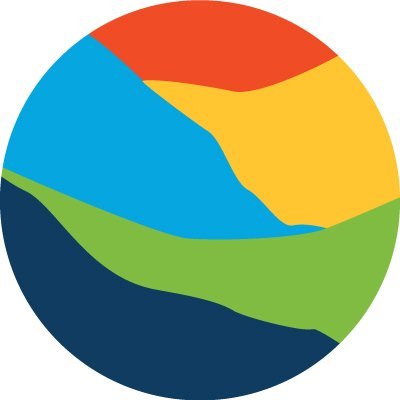 New investment at the federal level has created an unprecedented opportunity for federal agencies and state governments to work together on a shared vision for a domestic hydrogen economy. State and regional activity is ramping up to take advantage of near-term federal funding opportunities.

As a versatile energy carrier with a diverse range of applications across sectors, hydrogen offers a key opportunity for US states and regions to leverage existing assets and infrastructure in the transition to a clean energy economy.

Here are three takeaways about the current state of play:

Last year, President Biden signed the IIJA into law, making a major down payment on the federal investments needed to deploy a clean hydrogen economy.

Alongside historic funding levels for clean hydrogen research and development, the IIJA provides $8 billion to develop at least four regional clean hydrogen hubs. Funding is authorized to the newly created Office of Clean Energy Demonstrations at the US DOE, with the goal of demonstrating the viability of the entire hydrogen value chain, including production, processing, delivery, storage, and end use.

Each hub will be selected by DOE based on a mix of criteria, including feedstock, end use, geographic diversity, and incorporation of training and long-term employment.

As states look to develop their proposals for IIJA funding, they will need tools for identifying existing opportunities and connecting relevant partners.

Earlier this year, DOE launched a voluntary tool called H2 Matchmaker to help hydrogen users and suppliers realize regional hydrogen hub potential. The tool will be used to populate an interactive map and database of hydrogen stakeholders to help facilitate hub formation, with a Beta Version already available for use.

The Great Plains Institute recently published an Atlas of Carbon and Hydrogen Hubs, identifying 14 potential locations for co-locating carbon capture and hydrogen production across eight regions of the US, as shown in figure 1. This includes hydrogen made through electrolysis with clean electricity from renewable energy or nuclear power, as well as hydrogen made from natural gas with carbon capture.

GPI identified potential locations based on the following criteria:

Some of the identified potential regions for hub deployment have already self-identified to submit a proposal for IIJA funding as states look to leverage federal investment towards their clean energy goals.

While federal momentum has set the stage for a new decade in clean hydrogen development, states are taking the lead in envisioning what a hydrogen hub might look like for their region. So far, at least four multi-state partnerships have announced their intent to submit a proposal for hydrogen hub funding under the IIJA.

Below, we consider the state of play for hydrogen hub development and highlight mounting state and private sector ambition ahead of DOE’s anticipated solicitation for proposals in May 2022.

The governors of Connecticut, New York, New Jersey, and Massachusetts have announced their intent to collaborate alongside 40 partners in their regional hydrogen ecosystem on a hydrogen hub proposal to DOE.

The partners intend to focus their efforts on a hydrogen hub to address climate change and improve the health, resiliency, and economic development of the region’s residents. Importantly, the partners have identified environmental justice as a central tenant of their collaboration. They will strive to create opportunities that improve the quality of life in under-resourced areas and support environmentally responsible opportunities to develop hydrogen.

The HALO Hydrogen Hub in Louisiana, Oklahoma, and Arkansas aims to prioritize all types of production but specifically mentions hydrogen produced from renewables, low-carbon and carbon-neutral energy, and natural gas with carbon capture, utilization, and storage. The hydrogen produced will then be used as fuel and manufacturing feedstock.

The memorandum of understanding signed by the three states highlights the desire to partner with rural economies, including tribal nations and underserved communities, while also providing environmental benefits.

The goal of this hub is scale up hydrogen production to provide clean, reliable, and affordable energy. The partnership has emerged in a region with existing infrastructure, abundant resources for hydrogen production, and diverse value chain end uses.

The Western Inter-States Hydrogen Hub is a four-state partnership between Colorado, New Mexico, Utah, and Wyoming to drive economic growth and reduce emissions in each state. This region has abundant natural resources for hydrogen production, existing transportation infrastructure, and favorable geology. Additionally, public and private hydrogen initiatives are already underway in the region, with industry and large urbanized areas that can be early adopters.

The partnership would establish a workgroup with representatives from each state to coordinate the implementation while consulting with key stakeholders and research facilities. The four states have also responded to the DOE’s Request for Information regarding regional clean hydrogen hub implementation strategy.

The partners’ memorandum of understanding also emphasizes the need to have safeguards for pipeline safety, public health, and labor while also assessing the impact of hydrogen production on water use.

The Upper Midwest Hydrogen Hub is convened by the Great Plains Institute and is a multi-state, multi-sector approach to accelerate the emergence of a hydrogen market ecosystem. It leverages existing hydrogen infrastructure in the region, which is primarily used for ammonia. The hubs’ approach emphasizes the need to engage communities and ensure the costs and benefits of a robust hydrogen economy are shared equitably.

The Upper Midwest has a diversity of feedstocks, including wind, solar, nuclear, and natural gas. It has a diversity of end uses but is predominantly focused on clean hydrogen as a decarbonization solution for agriculture and heavy industry such as metals refining. The region also supports market development across other important end uses such as transportation, buildings, power, and energy storage.

Beyond the regional partnerships announced thus far, individual states and private sector partners are forming alliances for hydrogen hub development. They are making headway in advancing the policy landscape needed to deploy an ambitious hydrogen agenda.

Most notably, Senate Bill 1075 would create the California Clean Hydrogen Hub Fund within the State Treasury to administer grants to projects that demonstrate and scale the production, processing, delivery, storage, and end use of clean hydrogen. The bill would require Governor Gavin Newsom to appoint a Clean Hydrogen Hub Director to coordinate clean hydrogen efforts in the state.

Washington’s legislature has delivered Senate Bill 5910 to Governor Jay Inslee to support the development of a regional clean hydrogen hub proposal. The bill acknowledges hydrogen’s integral part in Washington’s energy strategy. It would support a public-private partnership for federal funding to develop a clean hydrogen hub.

Arizona’s legislature passed Senate Bill 1396 in the upper chamber, which would establish a hydrogen study committee to investigate and evaluate existing laws and regulations and recommend legislation related to the production, distribution, and storage of hydrogen. The committee would be required to submit a report with recommendations by September 2023.

In January, Kentucky formed a hydrogen hub workgroup with the intent to develop projects eligible for funding under the IIJA. Hydrogen is also a component of Kentucky’s energy strategy. The strategy lists the formation of a Kentucky hydrogen hub for production, transportation, exports, and industrial use as an option for fueling the state’s diverse energy economy.

Nebraska Governor Pete Ricketts signed Legislative Bill 109, charging the Department of Economic Development with creating the Nebraska Hydrogen Hub Industry Work Group by May 1, 2022. The purpose of the work group is to develop a competitive proposal for submission to DOE to be selected as one of the four regional clean hydrogen hubs authorized under the IIJA.

The Illinois Senate put forth Senate Bill 3613, which would create the Hydrogen Economy Act and the Hydrogen Economy Task Force. The task force would report to the governor and general assembly by December 1 of each year, identifying barriers to the widespread development of hydrogen, including within environmental justice communities.

The Pennsylvania House introduced House Resolution 183, urging Congress to designate the state as a location for a hydrogen hub while noting its rank as the second-largest producer of natural gas in the nation.

Currently, 95 percent of hydrogen is produced from natural gas, making it the cheapest and most advanced method of hydrogen production. Natural gas can serve as a launching point for building the early market. Hydrogen can also serve as a replacement for natural gas and, to an extent, be blended into existing pipeline networks as a low-carbon fuel.

Finally, in Ohio, a collection of energy producers, industrial consumers, research institutions, elected officials, and community leaders have formed an alliance to spearhead a DOE-funded clean hydrogen hub in the state.

Additionally, seven leading companies in the Northern Appalachian region of the US, including EQT Corporation, Equinor, GE Gas Power, Marathon Petroleum, Mitsubishi Power, Shell Polymers, and US Steel have launched an initiative to support a low-carbon and hydrogen industrial hub in Ohio, Pennsylvania, and West Virginia. Each of these states has made notable strides to advance hydrogen hub development.

With a month to go before DOE’s formal solicitation for hub proposals, subnational hydrogen momentum is likely to increase in the coming weeks.